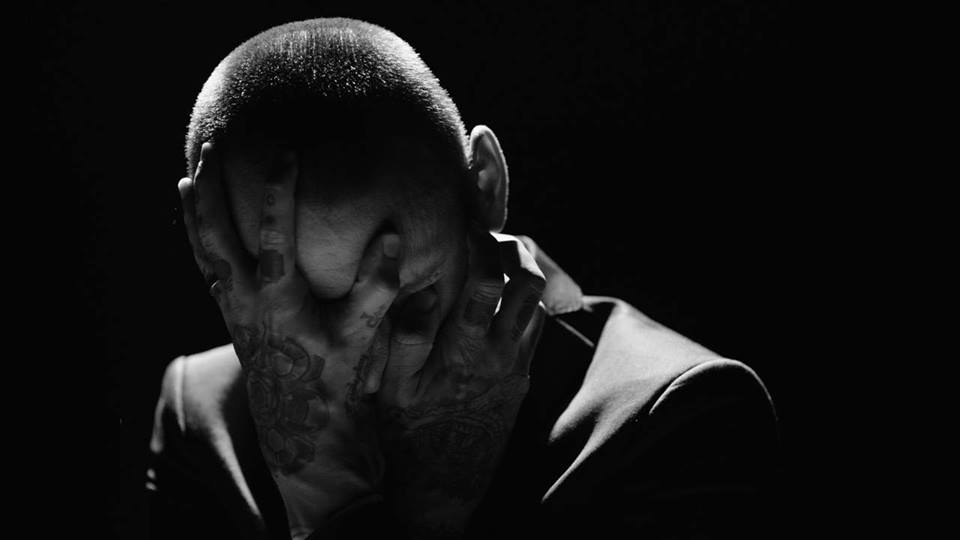 It begins with the sound of firing squads and ends with an arrangement of synths lifted straight from an ‘80s horror film. What happens in the minutes between is a question of how empty you thought the glass was to begin with.

Confronting the grotesque has long been a centrepiece of Daughters’ music. Since the release of their sophomore album, Hell Songs, in 2006, the band’s belligerent, discordant music has exhibited an explicit desire to make you, the listener, uncomfortable, providing just enough melody to deny you the get-out of claiming there was none, but burying it in layers of screeching, yelping and gnashing to make clear that those notes were never for your enjoyment.

Over the top of this, Alexis Marshall’s sleazy vocals and grim poetry referenced depravity, destruction and demise in evermore lewd and unsettling ways. In the stories Marshall tells, if salvation is out there, it’s never far from damnation, nor innocence from guilt. And with guilt comes condemnation. Feathers. Tar.

I’m the flat-footed-mule-faced-fucker,
The shit-bird-derelict-king
I drew a portrait of how I think I’d look with my hands around my own throat
[…]
I am just a face connected to an appetite demanding self abuse
I feed myself by the handful like your kids at a petting zoo 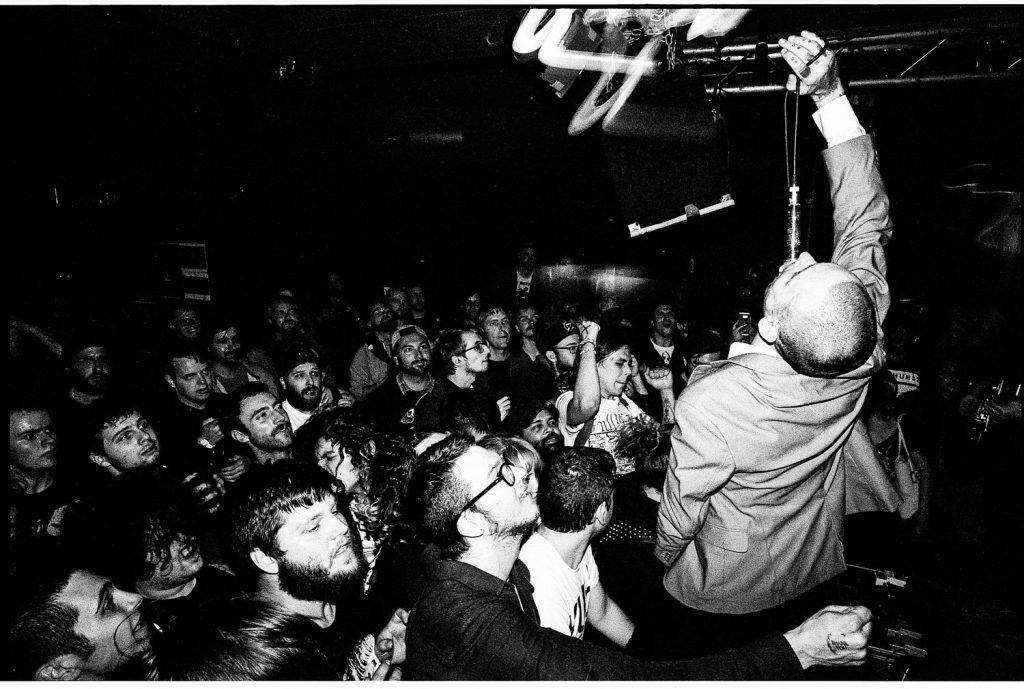 After an 8-year silence that followed the release of their eponymous third album in 2010 (save for a handful of live performances here and there), Daughters have returned with a new record. Its title encapsulates the cardinal rule they lay down for first-time listeners: You Won’t Get What You Want.

At 49 minutes long, it’s only 20 minutes short of the band’s entire recorded output until this point. That fact alone suggests yet another change in direction for the band that started out in grindcore, delved even further into noise, and somehow ended up as art-rock with heavy emphasis on the rock.

Starting the album with thumping electronic kicks and metronomic snares compressed into gunshots, that sonic shift is immediately evident. Over low-pitched, droning synths, Marshall declares, ‘This city is an empty glass, words are nothing, and no one sleeps.’ Four and a half minutes later, the song erupts into cacophony; wailing guitars and hammering drums suffocate Marshall’s exhausted speech and the sound of agonising yelps cry out from elsewhere in the void. Daughters are back. The music has evolved. The agony is the same.

Over the 9 tracks that follow, different tones and timbres wrap themselves around that same rotten core. But where Daughters once took pleasure in throwing you against a brick wall, now they refuse to let you off that easily. For the most part, the songs are characterised by singular lumbering, repetitive riffs that hold you like a spider circling the drain. As you spiral around, stabbing synths reminiscent of a John Carpenter film remind you that the end is never far away, however long the ride might feel.

It’s this sense of never-ending that differentiates You Won’t Get What You Want from Daughters’ previous work. That feeling of being caught in an explosion has been replaced by Godot-esque eternity; the dread that the worst is yet to come. Or worse still, that maybe it never will.

The album’s penultimate track, “Ocean Song”, captures this mood perfectly. What starts as a relatively upbeat rock number underpinned by skipping drums and marching bass is occasionally interrupted by walls of high-pitched guitars. Marshall describes a man in his car:

Paul eases into the driveway and kills the engine,
Sits for a spell, staring out the windshield
Down the hood to the stalled garage door
“Nothing ever works around here,” he says to himself
The ignition burns the keys into his hands
He opens the door
The world is suddenly different
He senses something terrible awaiting
A loose thread
A worsening
And the moment he turns to the sky,
He notices it is darker now than it used to be
It’s darker now, this hour, than it was last week

At the halfway mark, the song falls back into a quiet interval, before exploding into a new section. The marching bass remains, but the drums are replaced with tumbling toms and snares in half-time, and the guitars with a terrifying, monotonous drone. We are told, ‘There is an ocean beyond the waves.’ No matter what horror is unfolding at your feet, it pales in comparison to what’s over the horizon. 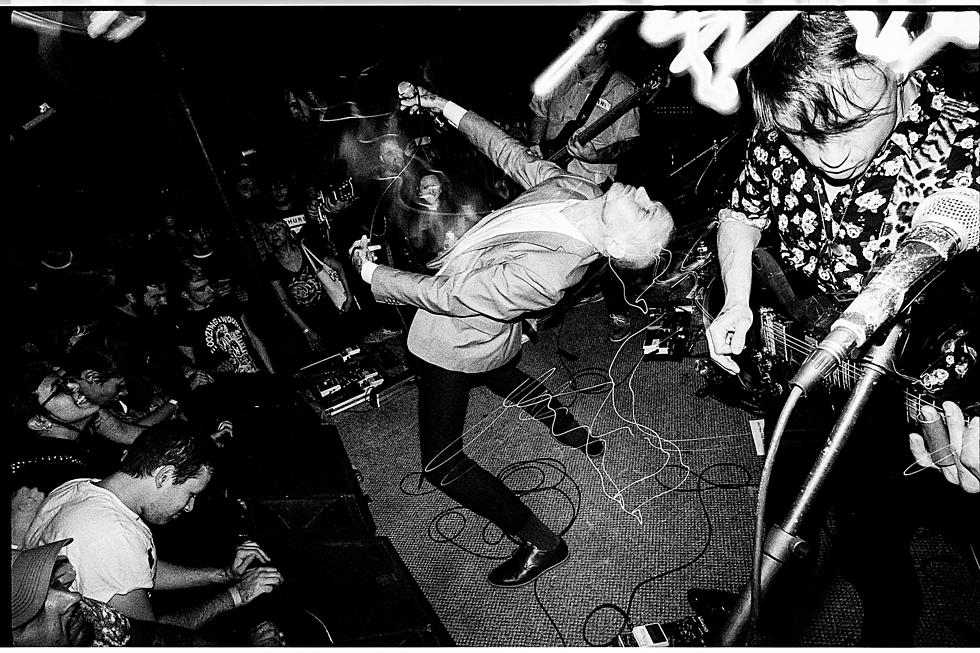 Throughout You Won’t Get What You Want, the prevailing theme is the same. The impact might be what kills you, but the agony of the fall is much more unbearable. On lead single “Satan in the Wait”, a sprawling 7-minute track whose windchime-esque melodies feel reminiscent of Echo & the Bunnymen, Marshall speaks to a feeling of unending torment borne from the reciprocal nature of hope and horror:

It’s this which makes You Won’t Get What You Want so timely. We’re living in a time where things seem to keep getting worse. Every time it feels like we’ve hit rock bottom, the foundation falls through and we start falling again. Powerful forces are enacting their will across the globe and it seems like no amount of protest, shouting or collective action will sway them from their path. As Marshall says in “Long Road, No Turns”, ‘These are just the words to somebody else’s song.’ We are left screaming into a void, ever spiralling, but never mercifully sucked down into the sewers below.

It’s on the album’s final song, “Guest House”, where this sense of helplessness reaches its peak. Over a foundation of schizophrenic guitars and relentless, thumping cymbals, Marshall pounds on a locked door, screaming for help. ‘Let me in!’ Perhaps he’s running from something, seeking safety or shelter. At the 90-second mark he releases a violent wretch and explains:

It’s Beckett’s Endgame in reverse. Rather than being trapped in a house, unable to leave, he has travelled from the void, seeking whatever is locked behind a single cellar door. A morbid desire to plunge into the dark. Anything could be beyond that point, but it’s the not knowing that eats you up inside.

And isn’t that a crisis that many of us are experiencing right now? A desire to know, to process, to understand; one that leads us down a path that only becomes more painful the further we go, until eventually we feel like we’re caught in an ever-expanding final second before the end. A half second. Then a quarter. Then an eighth. Then a sixteenth. And so on, and so on, ad infinitum. The fear intensifies, but the end never comes.

It’s the glistening of light in the cheerleader’s eye just before the masked killer plunges the knife. The ceaseless torment in Francis Bacon’s Study after Velázquez’s Portrait of Pope Innocent X. Enduring the Nile turned shades of red and scores of frogs knowing that eight more plagues will follow. The blunt and unforgiving pain felt turning the pages of Chinua Achebe’s Things Fall Apart hoping for resolution, when the title has denied such a possibility from the outset. The mania in the voice of Colonel Kurtz as he stares into darkness of the Cambodian jungle and whispers, ‘The horror. The horror.’

In times like these, perhaps the end really would be preferable to whatever’s coming next. But you won’t get what you want.

You Won’t Get What You Want is available now from:
Daughters (Bandcamp)
Ipecac Records (US)
Deathwish Inc. (EU)

Or stream via:
Spotify
Apple Music 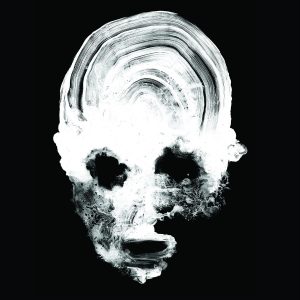 If you enjoyed this piece, please consider donating here.