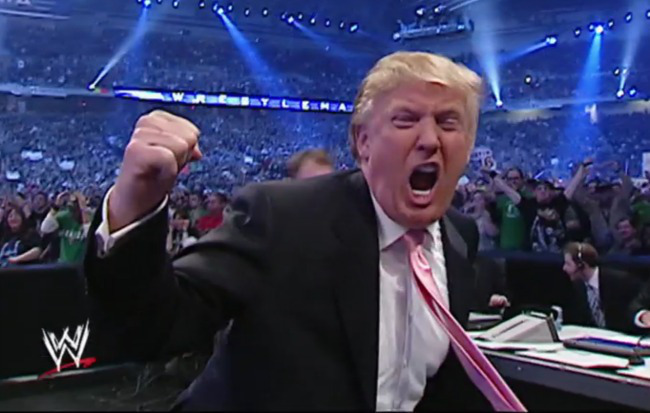 ‘The war in Vietnam in itself never happened, as it is a dream, a baroque dream of napalm and of the tropics, a psychotropic dream that had the goal of neither victory nor of policy at stake, but, rather, the sacrificial excessive deployment of a power already filming itself as it unfolded, perhaps waiting for nothing but consecration by a super film, which completes the mass- spectacle effect of this war’

Just under a fortnight ago, The Daily Beast posted an article about a meeting between American President Donald Trump and the heads of various veterans organisations in early 2017 to discuss the way his administration could help with veterans’ issues.

According to the piece, the meeting quickly unravelled after the mention of Agent Orange, a chemical herbicide employed extensively by the US during the Vietnam War, the use of which caused a laundry list of illnesses and deleterious health conditions for both the Vietnamese population and American war veterans in the decades that followed the war. Trump asked if Agent Orange was, ‘the stuff from that movie’ (Francis Ford Coppola’s Apocalypse Now). The meeting soon devolved into a debate about the pros and cons of Coppola’s films, and issues raised by the groups went largely unanswered.

In his 1981 book Simulacra & Simulation, Jean Baudrillard dedicates a few pages to Coppola’s 1979 film and how its symbolic immersion in the spirit of the Vietnam War itself makes it a perfect simulation of the reality – that the mania of the on-screen drama, the megalomaniacal behavior of Coppola during the film’s production, and the very nature of the film being shot in the neighboring Philippines in the years immediately after the war’s ending, creates a simulation of the real so compelling that it becomes a perfect simulacrum of the real. The experience of Apocalypse Now, from creation to consumption, is the experience of the Vietnam War itself; pure chaos, destruction, production, consumption, madness.

Baudrillard argues that the overwhelming military superiority of the US and allied forces and numerous actions of Saddam Hussein which willingly positioned himself as a guilty party, combined with the endless stream of images being broadcast to the American public by CNN in a way that transformed the Gulf War into something other than war.

It’s not that Baudrillard believed the war never happened; simply that its function was something else, a performance of conflict and of American military strength. It was the military might of America being broadcast back to its own people; real-time propaganda; a show of strength not for the opposition, but for the nation itself. The first Gulf War was not about war, it was about simulating the notion of war so that Americans could imbibe the mythology of their own global superiority. Even debates and discussions about the war concerned themselves not with the war, but with their own performance of discourse:

‘While one fraction of the intellectuals and politicians […] are whole-heartedly in favour of the war, and another fraction are against it from the bottom of their hearts […] all are agreed on one point: this war exists, we have seen it. There is no interrogation into the event itself or its reality; or into the fraudulence of this war, the programmed and always delayed illusion of battle; or into the machination of this war and its amplification by information […] If we do not have practical intelligence about the war (and none among us has), at least let us have a sceptical intelligence towards it, without renouncing the pathetic feeling of its absurdity.’

It’s unfortunate that Baudrillard passed away in 2007. It would have been interesting to hear his take on the current American president, a man who avoided military service 5 times through various means, debating the still-resonating aftershocks of Vietnam with people who experienced its visceral reality through his own unreliable recollection of Coppola’s simulation.

Most telling from The Daily Beast article is how the debate concluded, with Trump asking a co-founder of the Vietnam Veterans of America for their opinion of the film. When Rick Weidmann explained that he felt the film did a disservice to Vietnam veterans, Trump returned to the simulation; ‘Well, I think you just didn’t like the movie.’

In many ways, it’s interactions like this that make Donald Trump the most fitting president America has ever had; a man with little experience of the world beyond his own fabricated legacy in the world of New York real estate, he gleans most of his knowledge of the world through the television screen. This goes beyond the fact that his foreign policy is dictated from what he sees on Fox & Friends. For decades, he tried to ingratiate himself with Hollywood and celebrity culture, cameoing in films and sitcoms for example, before eventually becoming the star of his own false reality via The Apprentice.

But Trump’s fluid relationship with truth and reality goes much further. After all, he was frequent guest contender on WWE, the home of kayfabe and constructed narrative. In 2013, he was even inducted into the WWE’s Hall of Fame. The American people experience the world through the walled gardens of cable news and informational hegemony, the same place where Trump truly crafted his mythos.

Unlike other global superpowers such as those in Europe, America is a nation built entirely on oppression, slaughter, suffering and subjugation. Though much of this is equally true of countries like Great Britain, France, Germany, Spain and Italy, their histories extend so far back, and in so many directions, that there remain spaces for Romanticism, or at least romance; the ability to look at one’s legacy through a subjective lens and see beauty, or some sort of noble purity.

The bricks that built many of our great cities, ports and landmarks might be soaked in blood, but they rest in a cultural landscape so vast and often-inscrutable that their brutality is obfuscated. The cuisine, the symphonies, the languages, the literature, and so on.

It’s no surprise that many of America’s ascendant white nationalists and neo-fascists turn the spotlight to white European culture when celebrating their own supremacy; for all their lording over black and brown people, they are, themselves, a dislocated people. America has no comparable legacy in these fields except its overwhelming abundance (for white people). Like the infrastructure of the country itself, the roads that connect white America’s cultural map are themselves crumbling and unstable.

The only space for Romanticism in America is the American Dream. Its fundamental promise of equality of opportunity and possibilities is the keystone of American history.

But it has long been established as a lie. Virtually all Americans know, at least deep down, that the promise of their nation is a fiction, but those most greatly advantaged by its lie need it to continue, so continue it will. To inquire into America’s past with any sincerity is to reveal this lie, and any attempt to trace its future would only promise its continuing deception. America can only live in the violent throes of the here and now. 24 hour news networks are the only truth of American society. Nothing happened yesterday, and we cannot know what will happen tomorrow. There is only the unavoidable terror of the present, and even that deteriorates into nothingness with each passing second.

The Gulf War happened because it was presented to you on a screen as reality. Reality TV, the next logical step of this, turns reality into a fiction, and then back into reality. Trump was not a great businessman because of his real estate endeavours, but because he was a businessman who went onto reality TV as a businessman and performed an idea of that, and then exited once again as an even more accomplished businessman than he was before. Just like WWE, you know it’s fake, but its unwavering commitment to some far-flung notion of reality makes it safe, reassuring and, most disturbingly, fun.

Is Trump any different from the past several hundred years of American imperialism, domination, extermination and violence? Hardly. Just as Barack Obama had no lasting influence on the machinations of American hegemony, nor Bush, nor Clinton, and so on, Trump is nothing exceptional. Just like WWE, America understands that sometimes you need a face, and sometimes you need a heel.

In the current landscape, America and the world can see that the dream is crumbling, and crumbling fast, so it’s the perfect time for a perfect villain who can convince you that they’re the one destroying the dream. It’s a set-up for the appearance of another hero in a few years time, grinding you down relentlessly so that when someone shows up to “fix” it all, your faith in that dream will be safely restored.

Trump is not real. What is actually occurring is taking place much deeper down underneath all of the superficiality. Why else would people respond to talks of impeachment with the reminder that, if not Trump, it would be Mike Pence, or Paul Ryan, or Orrin Hatch, or Steven Mnuchin? The false reality you live in is the false reality you get. All that changes are the faces. In Batman Begins, Rachel Dawes was played by Katie Holmes. In The Dark Knight, she was played by Maggie Gyllenhaal. Halfway through the film, she was killed, but in some ways she’d died once already, and it didn’t much affect the storyline.

Just as the Gulf War didn’t really happen, this presidency isn’t happening, like all the presidencies before it. The President never happened. America, itself, is not happening. There are plenty things to engage with in the world right now, but attempting to meaningfully engage with what is being presented on the front pages of newspapers and the red bars at the bottom of your screens is like betting on a wrestling match based on athletic merit.

Of course, there is no debate that the horrors that this presidency is unleashing upon the American people and the world at large are real. Of course they are. But the way they are presented, and the dumping of all of that nation’s ills upon the shoulders of one man, are pure kayfabe. White America has never acknowledged the truth of its mythos, because to do so would mean the destruction of its very self. The American Dream never happened, and the people who are organising, protesting, taking action, are people who were scarcely asleep in the first place. They are the reality. They are where our anger and disgust is best expelled, in support, solidarity and grinding commitment.

It’s okay to be angry about all the horror taking place in the world right now, but also kick back and laugh at the absurdity and hilarity of the people who appear to be making it all happen, because only one of them is actually happening. Donald Trump is not the President of the United States. No one is. Except maybe Vince McMahon. The least we can do is try to enjoy the movie.